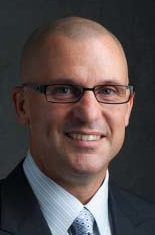 Last August Better Cotton Initiative (BCI), the most extensive cotton sustainability programme in the world, announced that Mark Lewkowitz had been named as its new Chairperson. Marc succeeds Barry Clarke, an independent member and Chairperson since 2017.

The Better Cotton Initiative (BCI) is a non-profit that promotes better standards in cotton farming and practices across 21 countries. As of 2017, Better Cotton accounts for 14% of global cotton production.  In the 2017-18 cotton season, licensed BCI Farmers produced more than five million metric tonnes of “Better Cotton” – that accounts for around 19% of global cotton production, a record-level of more sustainably produced cotton to enter the global supply chain.

Marc Lewkowitz is President and CEO of Supima, the promotional and marketing organisation for American Pima cotton growers. He began his career in 1990 when he entered into the cotton industry through a family-owned gin in Paraguay and has worked as a trader and manager for firms including ContiCotton, Merrill Lynch, Itochu Cotton and Anderson Clayton/Queensland Cotton. Lewkowitz has also served as a member of the BCI Council since June 2016 and as an advisor to the Board of Cotton Council International since February 2013.

In 2019 BCI celebrates its 10th anniversary: to mark this special year, it produced an interactive timeline which celebrates the milestones of its history.