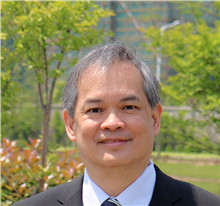 Saurer, the Swiss textile industry group specialised in machinery and components for yarn processing, announced on October 12th the appointment of Clement Woon as CEO and Jesse Guan as COO of the Group. This adjustment is intended to prepare the Group for its next phase of development. Dr. Martin Folini will continue to be engaged with Saurer in a consulting role. Clement Woon is a Singapore citizen and was co-CEO and co-President of the Jinsheng Group. He has the proven ability in the strategic development of multi-businesses firms to access growth and profitability. In the past, he was active as CEO of Oerlikon Textile, President and CEO SATS Ltd, a public listed Singapore company and President of Leica Geosystems Division, a Swiss company. Jesse Guan, a Chinese citizen, has been working for Jinsheng since 2011 and was Co-President & Executive President of the Jinsheng Group. He brings a variety of experiences to the Senior Management and had i.e. full P&L responsibility in industrial MNCs (such as Ingersoll Rand & TI Automotive) for product & manufacturing focused businesses in Asia.