The year 2018 is a milestone at Morgan Tecnica, Adro (BS), a company lead by the Giachetti family, a specialist of systems and software for the cutting room: they celebrate their first decade in business. A business which is growing steadily thanks to its being open to the international market, that made the company one of the world top players in this industry.

Though being a multinational group of successful companies on the global market Morgan Tecnica is proud to keep both manufacturing and R&D in Italy.  Their made in Italy technology is sold all other the world through subsidiaries in India, America and Hong Kong, as well as through a sales and service network with a human face.

Knowing exactly who we are and focusing on the right strategy to face the market is an essential ingredient to address the future and hit the target. This factor marked the success of Morgan; from the very start, they went for a top position on the market and their decision, with which they are consistent, proved to be right in the long end. Quality made the difference; however, as an outsider on the international market in 2008, Morgan had to demonstrate it. How then? First, offering highly innovative technological products and opening subsidiaries in the areas to participate in, above all India, America and Hong Kong in order to show how close they are to the territory with duly trained staff, according to globally consistent guidelines. They also decided to offer 3 years guarantee on all machines, thus showing the purchaser how reliable the company is. This premium strategy, as well as quality products, brought the company a steady increase in sales.
They continue to grow. They first moved to Adro (Brescia province) in 2014 and now have to enlarge their manufacturing area, so they are working on reorganising operations in a single site.

Technology innovation at Morgan, steadily fed and supported with big investment in R&D, is reflected in our product range, exclusively patented, and in original, continuously evolving solutions. A qualified team of research workers and designers, who can join software development capacity with great skills in Enterprise Resource Planning, steadily works to develop the more advanced products for the cutting room, conceived both for bigger multinational groups and for small to medium-sized manufacturers. Automatic cutters, spreaders, loaders, tables, labelling machines, plotters, software … are just some of plenty of products manufactured by Morgan Tecnica in 10 years of business. They are innovative solutions able to communicate within the system, so as to achieve the full control of the cutting room.

«We began with a first generation of cutters, named Razor, in 2008 –Federica Giachetti states – however, within the following two years we had designed the Next generation, which brought us forward to a higher quality of turnover, launching our company on the international market. However, we were still not satisfied with it. Hence we designed from scratch the mechanics, the electronics and the IT of our systems, with the help of some specialists, in order for us to be able to announce Next 2. At the same time we announced Ply1, our first single ply cutter, based on unique innovations in this industry, like linear motors in the system. In 2018 we are going to bring these two machines to market together with the 3Dress software, a 3D CAD system for virtual fitting and virtual prototyping». 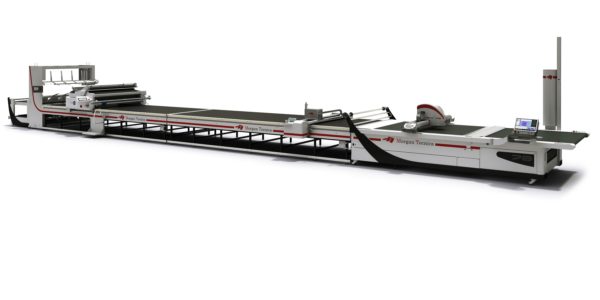 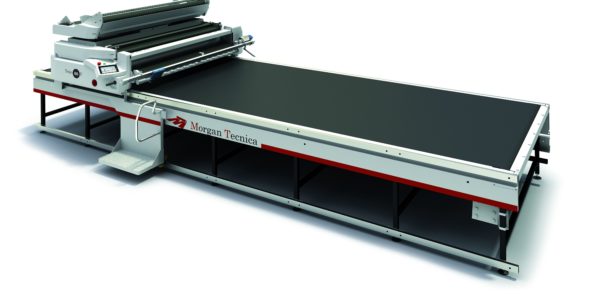 Since its establishment in 2008, Morgan Tecnica has moved strategically towards the international market. First to India, where its first subsidiary opened in 2008 in Bangalore, managed by Anandakumar Duraisamy and conceived to monitor South East Asia. With 40 people on staff it now offers even a training centre equipped with complete spreaders and cutters, also working daily on a subcontractor base. This smart solution was duplicated with the second subsidiary opened in 2012 in Montreal, managed by Michael Rabin, yet operating in San Pedro Sula, Honduras with employees in Canada, U.S. and Brazil.

In 2015 they opened the third subsidiary in Hong Kong to monitor Far East and China as first target market, where we are going to open an office in 2018. We had intentionally disregarded China, when everybody was ‘robbing the stage’. Today we are ready to face the Chinese market with a known brand.

«We are introduced on the major international markets – Fabrizio Giachetti adds – however, Asia is still the most important market, and India within it. The European market too is working fine, in particular in Russia and even in Italy, where we are growing again with a 32% increase of our turnover in 2017.

Our order backlog for 2018 may cause us some difficulties, I dare say. In fact, due to the launch of some new machines, we are now obliged to make until end of April 50% of the output we achieved from January to December 2017; a similar pace in the second and third quarter would result a sensitive growth».