The meeting produced by Club IACDE Italia gathered students, engineers and businesses to open a discussion on the role of pattern makers and of style in the age of Industry 4.0 and sustainability.

Naples hosted this year’s Christmas meeting of the I.A.C.D.E. – International Association of Clothing Designers and Executives Italian Chapter. The Neapolitan capital was selected also to have the opportunity to visit Di.Conf., a company owned by the member Rosario Parlato, a dynamic presence among quality clothing manufacturers in the Naples area.

On the invitation of IACDE Italia, some students from the Accademia della Moda (Fashion Academy), Naples visited the company on the same day and could have a look on how menswear is made. Over fifty members of the association took part in the event in Naples and judged it very useful. They were guided by Fabrizio Brescianini, Regional Representative Italy and by Lodovico Zandegù, International President.

«To us involving youths and showing them the manufacturing process connected to Fashion is fundamental» they both pointed out. «In fact, this is a major aim of the association. It is no coincidence that some professionals who teach at high schools are among our members: the spirit of our community is to share and transfer the know-how we gained in many years working in the design and clothing manufacturing Industry».

At the afternoon meeting on 14th December, they discussed how to get in touch with young pattern makers and designers. «Unfortunately, today the role of a pattern maker – President Brescianini stated – is not exploited as it used to be in the past; yet, he is the engineer of clothing, the one who connects some sketches of a designer and the manufacturing process resulting in a finished garment; he translates the former’s ideas in real, achievable products. We are aware of such a fundamental role that can make the difference in terms of fit and quality. Certainly, times have changed, fitting is expensive; entrepreneurs try to cut costs and even consumers are no longer aware and able to draw a clear distinction between a well-made garment and one that never saw an experienced pattern maker. It is up to us to promote awareness and make businesses understand how important pattern makers are; we have to involve pattern makers in our Club so that they can build a network, compare one another to solve their issues, and learn to know all facets of their job in this industry».

In the second part of the meeting, Simone Visani, IACDE Italia Secretary, summarized the situation of male elegance in the age of Industry 4.0 and of sustainability. Mr Visani shared a review of various clothing styles that have followed from the last century until the present day: from grey shades in the Thirties to colours in the Seventies, from the loss of orientation in the Nineties to the comeback of formal suits in the decade after.

Italy, sustainability and perception of value 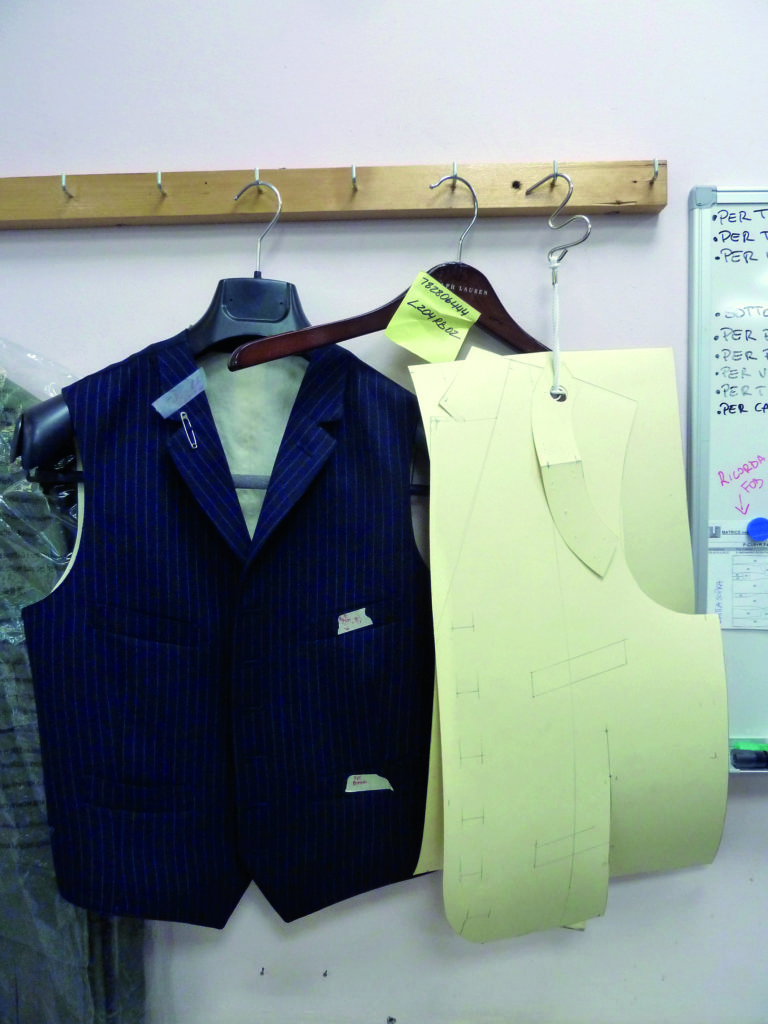 «Bearing in mind that in the next few years the largest population group (64%) will include Millennials and the Z generation (those born after 1997) – Visani explained – the impact of the Textile-Clothing supply chain on the environment will become more and more important. These new groups of population are more sensitive and attentive: they are even prepared to pay a higher price for sustainable products. It is not a short time trend, and the Industry has to consider it».

Good news: according to a survey carried out by McKinsey, Italy leads the global ranking of a mental association between the place of manufacture and sustainability, followed by Japan, Germany and France. On the contrary, China, India, Pakistan and Viet Nam are perceived as countries where the care for the environment is very low hence, its products are more harmful.

This is just one reason for the reshoring in Italy, the comeback of many Italian manufacturers who used to outsource in the past: a growing phenomenon as, abroad, output costs are higher, distance affects the delivery time and the strength of a “made in Italy” brand, meaning quality and excellence, is a valuable asset.

Today, Di.Conf. makes approximately 200 jackets and a few hundreds trousers per day. It is a fully verticalized business; they carry out and check all stages to make a finished garment in house; they only outsource when they reach a peak output, however referring to quality sub-contractors they have been working with for a long time (apart from their subsidiaries).