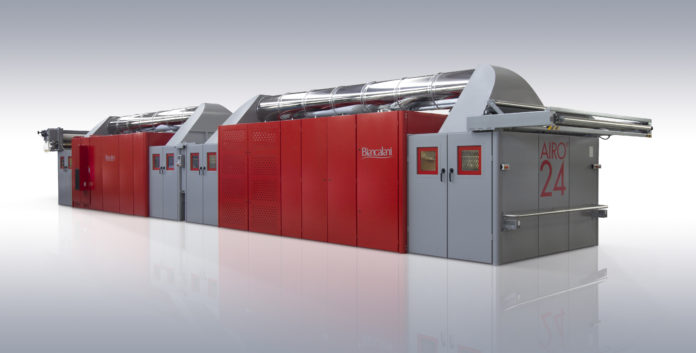 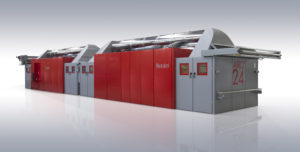 After the delivery of 17 machines to the Indian giant manufacturer of terry towel Welspun Industries, which distributes its product in stores in 50 countries and with 24,000 employees and more than 100,000 shareholders, Biancalani is very proud to announce the start of a new partnership with another textile giant in India, Trident Group India. Trident, with customers in 100 countries across 6 continents is one of the largest manufacturers of terry fabric in the world. Biancalani, well-known manufacturer of textile machinery (AIRO – AIRO 24, etc.) has recently signed a contract with the Trident Group for the supply of 2 lines for finishing of terry towels made of 5 AIRO24 tumbler machines, in configuration Tandem and Triplex. AIRO 24 is a continuous dryer in open width, with high efficiency, developed from the original concept of the AIRO machine that Biancalani has patented over 30 years ago, in which an extremely fast air jet is tamed and directed to dry and speed up the fabric, shooting it against a special stainless steel grid, thus achieving spectacular finishing effects. The special air route and the characteristics of the grid, with the experience of more than 1.200 AIRO installed worldwide in every textile sector in the last three decades, allow the users to get the best terry fabric never seen until now. Production efficiency, energy saving and low maintenance costs complete the work making of AIRO 24 the new finishing standard in terry fabrics industry. This machine has already been widely distributed and appreciated in Asia, Europe and the Americas.