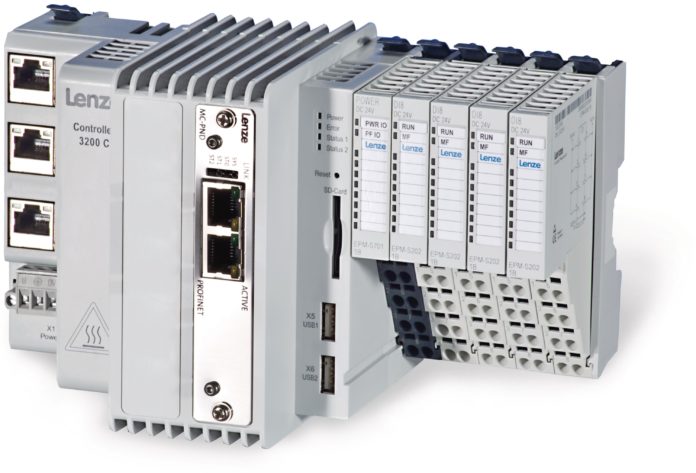 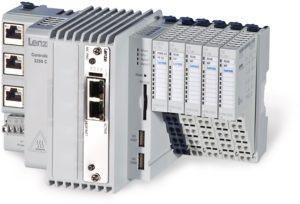 In modern mechanical engineering, there is an emerging trend that is currently experiencing a considerable boost due to the rising demand for more flexible modes of production: machines are increasingly becoming modular. However, anyone who want to modularise needs technology that can be used without it taking up too much space. In the end, it is only thanks to the decentralized control cabinet that a module really becomes independent. For this reason, Lenze has expanded its 3200 C controller platform. The performance of the new motion control units for DIN rails has been boosted thanks to their new processors. Double the performance means more computing power for the control of more coordinated axes – for robot cells, for example. Because the new controllers also literally keep a cool head – i.e. result in reduced heat losses –, control cabinets can be made without fans or expensive airconditioning devices. The advantages of modularisation can only be exploited if the control functions of a machine are distributed to the individual modules and encapsulated in their own control cabinet. A module should be independent and standardized and be capable of being combined with any number of other modules. In mechanical engineering, every increase in modularity unavoidably results in fewer central control cabinets.