“Sustainability is a process, not just an action”, in Canepa they are used to saying. This is the key to understand the philosophy of the Italian textile group Canepa, located in the silk industrial cluster of Como, that in 2008, not far from its 50th anniversary, decided to turn its production into the “green” stream.

In 2013 Canepa was the first textile company in the world to sign the agreements of the Detox Solution Commitment of Greenpeace, whose aim is to free fashion from toxic substances by 2020. Moreover, the Como based group, thanks to its research centre in collaboration with Italian laboratories, developed an innovative technology (SAVEtheWATER-Kitotex, that has been patented and has now become a brand) that consistently cut the environmental impact of textile production process. “It took eight years to carry on the research to develop and take to the market all the patents that we recorded – Maurizio Ribotti, Canepa’s head of marketing and communication, explains – that’s why we always say that sustainability is not an action but a process. Because it takes time, efforts and money. Because it requires a real interest and involvement in the environment. If this does not happen it might become just ‘greenwashing’ and now that consumers have more instruments to find information they are more and more attentive to these aspects, so it is very dangerous to adopt a sustainable strategy just on paper”.

The Canepa group started investing in a more sustainable production several years ago, in 2008, at the beginning of the financial and economic crisis that spread all over the world. The Canepa family has always been involved in silk manufacturing: in 1930 they entered into the Serica Lombarda company, an example of the technical know-how and creative skill in a business that had been present in the Como province since the beginning of the 20th century; then, in 1966, they founded their own company and during the years they reached a world leading position in high-end silk manufacture, a position augmented by its production of supreme quality textiles made from other natural fibres such as cashmere, wool, cotton and linen.  The group is run by the Canepa and Saibene families, with Elisabetta Canepa at the helm. In 2015 its turnover was over €107 million with around 750 employees that work in 7 mills. 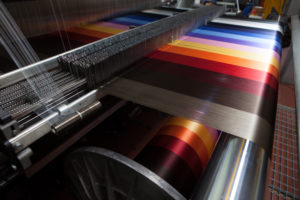 The company annually produces around 3 millionlinear meters of jacquard fabric, both single-colour and printed (traditional and ink-jet) on over 160 proprietary looms and printing presses; the entire production is carried out in Italy: weaving, finishing and producing the finished garment. The group, in fact, enlarged its fabrics production to textiles for furnishings and owns the brands Fiorio, La Rana, Gallieni and Cosma which sell ties, scarves and men’s swimwear. In terms of finished garments, annually over 1 million neckties and 700,000 scarves are produced as well as 300,000 “swim and non-swim” articles, made by the beachwear division. For over 10 years the licenses division has been producing and distributing for national and international brands. The fabrics manufacturing still represents 50% of the annual turnover. “At the moment – Ribotti underlines – Canepa is one of the textile companies on the forefront for its commitment to reducing the impact of production on the environment. But this is not a “marketing campaign”, it is something that we deeply believe in and deeply invest in. We have “daily talks” with our clients and all our stakeholders in order to share the results of applying such a concrete strategy”. “The traditional process for preparing the weave, especially for light-weight textiles such as cashmere, silk or fine wools – Maurizio Ribotti adds – requires the addition of a thread made of a water-soluble synthetic material; this strengthens the thread and lubricate it preventing it from breaking, and creating a more regular weave. After the weaving process, normally this material is washed requiring large quantities of water – around 300 litres per kg of textile – but also of energy to bring the water to the correct temperature. Chemical detergents are also used in the washing process to prevent residue remaining in the textile as well as bleaches”. Canepa’s innovations, that are all certified by credited international organizations such as Bureau Veritas, CNR-Biella, Tessile e Salute, INRIM, allows a reduction in the consumption of water per kg of textile from 300 litres to 20 litres; a reduction in the temperature of the washing process for textiles from 70/90° to 30/40°; a reduction in energy consumption per kg of textile from 22,500 kcal to 600 kcal; a reduction in CO2 emissions per kg of textile, from 13.9 kg CO2 to 0.37 kg CO2.

SAVEtheWATER-Kitotex is now a point of reference, “thanks to all the patented solutions, it is also a protection system and a strong communication point, not only for the values that it carries on but also because it gives weavers, that usually have difficulties in marketing fabrics, a strong tool in this direction”. For example, in September 2015, Italdenim, one of the most important Italia 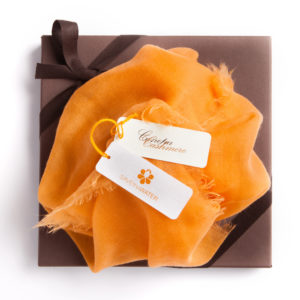 n jean fabric producer, signed a licensing agreement with Canepa to industrialize the SAVEtheWATER process. “After some initial experiments on traditional threads – Gigi Caccia, Italdenim’s CEO, stated – and tests on denim fabrics in our company, we gradually realised the enormous potential of the patent both in terms of qualitative efficiency and sustainability. We have managed to save up to 60% water – even rising to 80% at times – compared with the traditional process and up to 40-50% energy through heat and electricity savings. We have totally eliminated the use of chemical products such as polyvinyl alcohol (PVA, we have also removed fixatives and reduced the amount of colorants). Every day, we find out new things about chitosan and the improvements it can bring; it has enabled us to eliminate acrylic resins that contain traces of formaldehyde: a significant feature when the textile is in contact with the skin. So what is our goal? We currently use this substance for 50-55% of our production, but in 2016 we hope to push this figure up to 100%”.