Japanese fibres, chemicals and engineering company Toray Industries, announced the development of a nylon 510 fibre that incorporates 100% biobased synthetic polymer content as defined under ISO 16620-1: 2015, the international standard for the biobased content of plastics. Ecodear N510 is the first 100% plant-based nylon fibre in Toray’s Ecodear lineup and is expected to be put on the market by Autumn/Winter 2023.

Toray obtained Ecodear N510 by polymerizing sebacic acid from castor-oil plants and pentamethylenediamine from corn and spinning waste. Unlike other wholly plant-based nylons, Ecodear N510 has a high melting point and outstanding dimensional stability. It is as strong and heat-resistant as nylon 6, the company says. 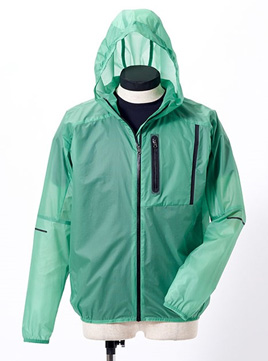 The company has created diverse potential applications for Ecodear N510 as a sustainable offering for high-end markets. While primarily for sports and outdoor fabrics, they extend to lightweights, cut-and-sew fabrics and innerwear lace materials.

In the early 1950s, Toray became the first Japanese company to manufacture nylon. Apparel and other wide-ranging applications over the years have reflected the fibre’s excellent flexibility, durability, wrinkle resistance and washability. Toray already offers partially plant-based polyester, nylon and other polymers.